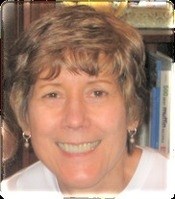 It is with heavy hearts that we sadly announce that Carol Ann (Koziol) Ripper, 77, of Beaver Falls, Pa.  passed away on Friday, March 5th, 2021, after a long fight with Alzheimers.
Carol was born on Friday, April 23, 1943 in Beaver Falls, Pa. to the late Anna and John Koziol. Carol and her family spent nearly 30 years in Ohio before moving to CT. for the later part of her life. She graduated from Penn. State University and enjoyed watching the Nittany Lion football team compete.
Carol is survived by her younger sister, Kathy Park and her older brother, Gary Koziol.She will be deeply missed by her beloved college sweetheart and devoted husband of 54 years, Paul Ripper, as well as her two loving daughters: Melissa McDermott and her husband John and Teresa Curtis and her husband Karl."Nana" will be leaving behind her adored grandkids Brianna, Jack, Julia, Evan and Claire, whom she loved and cherished with all her heart.
Carol served as an accomplished Speech Therapist in the Strongsville City School District in Ohio and enjoyed helping her young students succeed. She cared for them as if they were her own.
Carol's craftsmanship was a gift and it extended into painting, sewing, knitting, wood crafts and creating stained glass artwork. She had a passion for cooking, bringing many of us fond memories of her and Paul's pierogi parties and her amazing homemade pies. Her love of desserts was contagious and continued to bring her joy up to the end. Carol was also known for her love of long walks, hiking, biking and camping with her family. We cannot forget her singing and dancing to the tunes of Barry Manilow, Michael Jackson and her most recent love of Bruno Mars. Most importantly, Carol will be remembered as the most generous, unselfish and kindest soul anyone could know.
A special small event honoring Carol will be held at a later date this year in CT. Until then, Paul, Melissa and Teresa ask that you play a song or cook a favorite food of hers to celebrate the joy she brought to our lives. We know that she will be enjoying it with you from above.
For those who wish, donations may be made in her honor to help find a cure for Alzheimer's at http://act.alz.org/goto/CarolRipper.