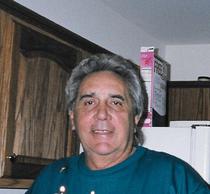 Gerald “Jerry” V. Ciufo, 71, passed away on Tuesday, June 2, 2015, in the Beaver Valley Nursing and Rehabilitation Center in South Beaver Township. Jerry was born on Wednesday, July 14, 1943, in Pittsburgh. He is the son of the late Tony and Rose Petrucha Ciufo.  He was a member of the Roman Catholic Church, the Carpenters Union Local 922, and the West Mayfield Vets Club.

In addition to his parents, Jerry was preceded in death by a brother, Anthony Ciufo.

Jerry is survived by his wife of 51 years, Kathie Thellman Ciufo, Beaver Falls, a son Dion Ciufo (Michelle), and a granddaughter, Sophie Ciufo.

Friends will be received Thursday from 2 to 4 and 6 to 8 p.m. in the Hill & Kunselman Funeral Home, www.hillandkunselman.com., 3801 Fourth Ave., College Hill, Beaver Falls, Chapel B. Prayers will be recited on Friday at 9:15 a.m. followed by a Mass of Christian Burial at 10 a.m. in Holy Family Parish, 521-7th Avenue, New Brighton, with Father Tom Kredel as celebrant.

Memorial contributions may be made, if desired, to Children’s Hospital of Pittsburgh, 4401 Penn Avenue, Pittsburgh, PA 15224.